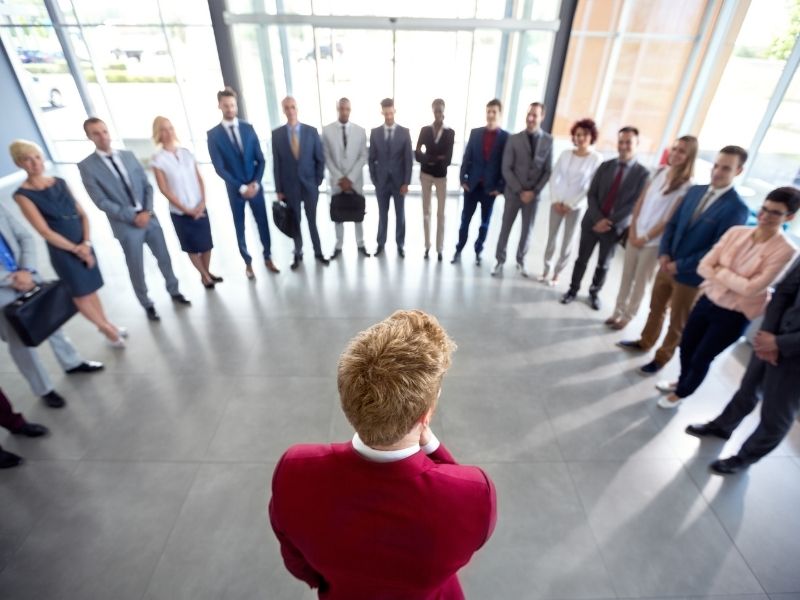 What are the links between emotional intelligence and leadership performance?

New research shows 66% of the variation in scores on leadership outcomes are predicted by five key leadership drivers – and people with higher emotional intelligence are seven times as likely to earn high scores on these factors.

While the Leadership Vitality and Emotional Intelligence models have each been well validated, there was no previously published research to document the linkage between an individual’s emotional intelligence scores and specific leadership capabilities.

To define leadership, Six Seconds developed a model of ‘vital leadership’ with five dimensions which is measured by the Leadership Vital Signs; in this framework, effective leaders set a context of trust, where people are motivated, adaptable to change, collaborate as a team, and focus on executing key results. These five dimensions are shown in the Vital Signs Model.

Emotional intelligence is the capacity to be ‘smarter with feelings’, to accurately acquire and effectively utilize emotional data. To make this concept actionable, Six Seconds created a model with three macro steps and eight competencies. the Six Seconds Model is measured by a normed, validated assessment called the ‘Six Seconds’ Emotional Intelligence’ (or SEI) assessment.

What is the Importance of ‘Vital Leadership’?

Before examining the linkage between the assessments, a crucial question: Do the five drivers measured in the Leadership Vital Signs tool matter?

To answer this question, Six Seconds correlated scores on the five drivers mentioned above with key performance indicators (KPIs) from the Leadership Vital Signs assessment (LVS Outcomes) including influence, efficacy, design and direction.

Given the speed of change and intense complexity of the workplace — even in 2019— perhaps it will be unsurprising that CHANGE is the most powerful of the five Drivers.

The Value of Emotional Intelligence for Leaders

Each “driver” appears to make a large contribution to the combined outcomes, and most have a very strong statistical significance. Change is the most powerful of the drivers with a massive and highly significant contribution to Leadership Performance outcomes.

The EQ competency most correlated with scores on Change is ‘Exercise Optimism’, which Six Seconds defines as “taking a proactive perspective of hope and possibility.” In a business context, Exercise Optimism might look like envisioning new possibilities and finding creative solutions. In a meeting, a leader strong in this skill will maintain openness and know there is a path forward, even when that path is unclear.

To build a path toward the vision, you see the future and find energy to take steps toward it today.

Interpretation on EQ and Change

These emotional intelligence tools make a strong and statistically significant contribution to a leader’s capacity to engage people in change — which in turn has a large impact on leadership performance. The power of Exercise Optimism and Entrepreneurship is in a proactive orientation to the world. Both involve taking ownership and being future-focused. So, leaders who are able to foster a readiness for change will grow these capabilities in order to engage themselves and others in transformation. A plan is not enough: leaders need people to move the plan forward.

Trust As a Driver of Psychological Safety

There are numerous recent studies discussing psychological safety in the workplace; this boils down to trust. A leader’s capacity to generate trust is key to forming inclusive teams where every voice is heard; leaders who build strong trust create opportunities for team members to innovate and experiment without retribution or blame for failures — even in stressful times where people are otherwise likely to become volatile.

Interpretation on EQ and Psychological Safety

A leader’s ability to engender trust plays a large and significant role in their capacity to Exercise Optimism, and to their personal and professional results. Leaders who build psychological safety increase team performance and fuel the leader’s optimism and ability to thrive. Trust builds a win win win.

As mentioned above, the Leadership Vital Signs are drivers both for the leadership outcomes and for the outcomes measured by the SEI:

Linked to the importance of change agility, these three key EQ competencies are tied to a future-oriented action.

How do leaders sustain performance?

In conclusion, while further research is needed, these findings offer important insights to the essential ingredients to develop vital leadership skills for high performing leaders. You can read the full article here.